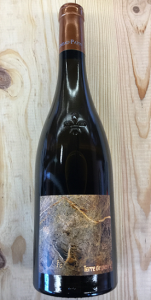 That should change, and if you want a wine to help you see the light, we’ve got you covered today.  Luneau-Papin’s Muscadet “Terre de Pierre” 2012 is a masterpiece of a Muscadet, made in a style that marries the minerality and freshness you’d expect from the region with longer aging to provide richness and depth that are uncommon.  This wine comes from a single parcel of decomposed rocky soil and is fermented natively and aged for 20 months before bottling.  The result is a wine that is both rich and powerful as well as zesty and fresh—in short, a singular wine that deserves attention.

If this were Burgundy, I hesitate to speculate what it would cost (there’s a lot of mediocre white Burgundy selling for $60-$100) but because this is from a humble little corner of the Loire and is made from Melon d’Bourgogne instead of Chardonnay, it’s $24.

John Gilman 94 points “This is a great site, with a unique geological composition of red igneous rock and the 2012 is a truly brilliant bottle of Muscadet, offering up a vibrant and magically complex bouquet of tart orange, lemon, ocean breeze, kaleidoscopic minerality, gentle leesiness, citrus zest and a nice touch of lemongrass in the upper register. On the palate the wine is deep, pure, full-bodied and very complex, with great cut and focus, a rock solid core and outstanding length and grip on the laser-like finish. The 2010 la Butte de la Roche was probably the finest young Muscadet I have ever tasted, and the 2012 is an awfully strong follow-up. 2014-2030+.”