The Best Riesling in Europe! 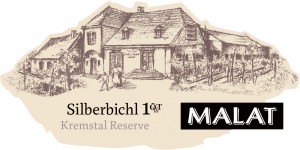 Michael Malat isn’t the most well-known Austrian winemaker to the American public, but that might soon change.  He recently took home the top prize in the 2016 Best of Riesling competition, hosted by the renowned Meininger Verlag publishing house.  His 2010 Malat Silberbichl Riesling Kremstal Reserve took the top honors (Best Riesling in Europe) out of a field of more than 2,600 Rieslings from around the world and we’re excited to offer it to you today! We didn’t get much (as you’d expect) so if this intrigues you, make sure to get you order in early.

Malat Silberbichl Riesling Reserve Erste OTW Lage, Kremstal 2010 750ML ($79.95) $69 pre-arrival special
Falstaff Magazine tasting note: “[Translated] Light yellow-green. Aromas of fresh peaches and ground herbs with nuances of pineapple, orange zest, and wildflower honey. Firm texture on the palate with notes of apple preserves. It has a crisp acid structure that is vibrant and mineral. Aromas of apricot on the finish. Will benefit from some cellaring.”

Austrian winemaker Michael Malat has captured his biggest international award to date. At the recently held Best Of Riesling 2016 competition in Germany’s Rheinland Pfalz (Rhineland-Palatinate), Malat’s Riesling Silberbichl Reserve 2010 was awarded the “Best European Riesling” title.  This champion Riesling was selected from among the approximately 2600 wines that were entered into the competition – the largest Riesling tasting in the world – from 14 countries on 3 continents.  At the contest, 100 specialist judges tasted through the vast array of wines to determine which ones were the best of the best. Ultimately, one wine – the Riesling Silberbichl 1ÖTW Erste Lage Kremstal Reserve 2010 from Weingut Malat – was singled out as the “Best European Riesling”.

Malat’s foresight and assessment clearly have been confirmed!

The Best of Riesling prize was launched by the agricultural ministry of Rheinland-Pfalz (Rhineland-Palatinate) in Germany and for the last five years has been organised and managed by the renowned Meininger Verlag publishing house.  This year’s competition, the 11th edition, registered 2600 wines submitted from countries including Germany, France, Austria, Luxembourg, Australia, New Zealand and the United States, making it the largest and most important Riesling contest in the world today.

The Silberbichl vineyard site is located to the west of Furth-Palt, and extends over the borders of both the Kremstal and Wachau wine regions. The mica schist in the soils, and its surface remnants that glisten in the sunlight, gave this site its name – which was first documented in 1562.  The Silberbichl has been classified by the Österreichische Traditionsweingüter (Association of Traditional Austrian Wineries) as “1ÖTW Erste Lage” and is thus one of the best and most significant vineyard sites in the Danube region.  At more than 40 years old, the vines in Michael Malat’s vineyard deliver perfect grapes for wines that are complex, minerally and elegant.

Who is Weingut Malat?

Weingut Malat, which was founded in 1722, is a family estate in the Kremstal wine region in the heart of Niederösterreich (Lower Austria). In 1976, wine-growing pioneer Gerald Malat vinified Austria’s first estate-bottled sparkling wine.  And over the years, he received numerous awards and accolades, including the “Falstaff Winemaker of the Year” title, all of which underscore the distinction of the estate. Weingut Malat has been managed by Michael Malat since 2008.

“All of our wines should reflect my signature, my personal style,” Malat says. “And they must express elegance, finesse and pure drinking pleasure!”