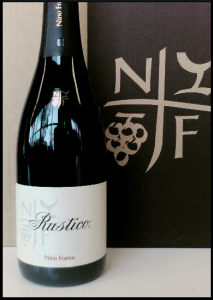 This sparkler hails from the most revered region for Prosecco: the Conegliano-Valdobbiadene.  The DOCG distinction is reserved for the highest quality of Prosecco wines made near the town of Valdobbiandene.  The winery was founded in 1919 by Antonio Franco and is today run by the third generation of the family, Primo Franco, and fourth generation, Silvia Franco.  Primo was the driving force behind exporting his Prosecco to the US – and the winery was one of the first to do so.  The Rustico is dry and has classic aromas of white flowers and citrus zest with soft, persistent bubbles. … Read the rest