Heralded Burgundy Vineyard of the Week:

“Romanée-Saint-Vivant is a seductress: we can only love her. Behind the grace expresses a power so perfectly balanced that it had not been seen at first sight.” – Domaine Romanée Conti [translated] 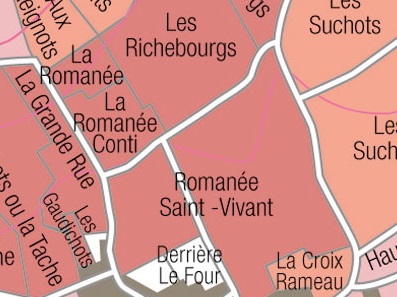 Of the great Grand Cru’s in Vosne-Romanée, Romanée Saint-Vivant sits well above Echezeaux , but below La Tâche or Romanée-Conti itself.  In other words, it’s probably the best vineyard in Burgundy that actually hits the marketplace. (The consensus among Burgundy élites seems to be that among the top producers, Romanée Saint-Vivant has eclipsed Richebourg in terms of prestige and wine quality).