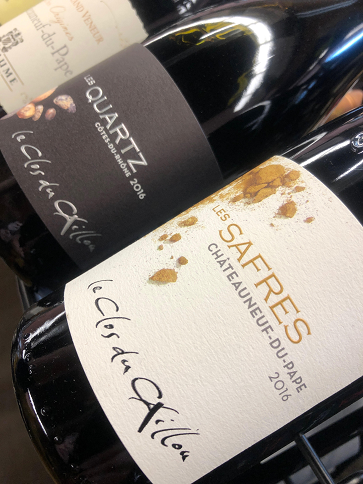 If you don’t have a case of Clos du Caillou in your cellar, you are seriously missing out on the best values in Chateauneuf and Cotes du Rhone in the shop. Sure, there’s plenty of highly lauded 2016 CDPs in the $100+++ range. But isn’t it more fun to find an epic estate that doesn’t command those prices?

They’ve flown unnoticed by buyers (though certainly not by the reviewers!) while the big names just got pricier. Perhaps because the terroir-driven estate is so hard to find in the national market. The estate is one of the favorites of reviewers for the region, yet can be had for under $50 a bottle. What’s not to love?

Shop now or… Read the rest

“Olivier Hillaire has taken over vineyards that once comprised Domaine des Relagnes, and has profoundly changed the wines from very good to sensational.” (Robert Parker)

In 2006, after working at Domaine des Relanges for many years, Olivier Hillaire decided to branch out on his own when his former father-in-law, Henri Boiron, decided to retire. Olivier purchased a mere 20% of the vineyard and since then has used his experience to produce great wines, and his charisma to become a major member of the community. In 2007 Olivier also purchased a brasserie in Chateaunuef du Pape, where at lunch time you can see him serving the guests with the same engagement he shows talking about his wines.  Among his plots, there grows Grenache grapevines that are over 110 years old, planted in 1899 and contained in this special bottling which he named after his grandfather Armand.… Read the rest