Grand Cru and Beyond

Domaine Fourrier makes some of the most captivating wines in Burgundy. To Burgophiles, this isn’t much of a claim—the wines that Jean-Marie has produced since taking over from his father have become hot tickets in the Burgundy world. If you aren’t familiar, though, these are wines to put on your radar. Fourrier’s style is heavily influenced by his time working under Henri Jayer and the wines show this.

When young they’re among the most impressive in Burgundy, combining succulent fruit with minerality and a complexity that’s nearly unmatched in newly released wines. They improve with age, as well, though we’ve always had a hard time keeping our hands off of the lower-tier wines in the first five years after the vintage.… Read the rest 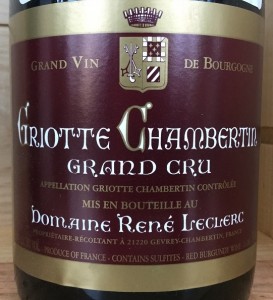 VinopolNote: Domaine Rene Leclerc was founded in 1962 and is owned and run by Rene and his son, Francois.  Their passion is for wine of purity and balance, a hands-off style that allows the fruit to fully express the magnificent terroir of the region.  The wines undergo cold soaks before a light and short pressing to extract only the best juice.  What follows is a long, traditional fermentation in stainless steel tanks with natural yeasts.  The Leclerc Griotte Chambertin, their only Grand Cru bottling, is aged in vat for six months and then for 1 year in 50% new French oak.  It is an excellent candidate for long term cellaring, a serious wine that expresses notes of red and black berries, chocolate, game and spice as it opens in the glass. … Read the rest 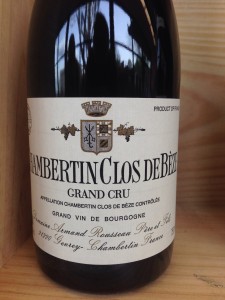 Burghound 95 points “A potently expressive nose blends both wood and natural spice together with distinctly cool, pure and ripe wild red berries, earth and underbrush. The palate impression is a gorgeous combination of power and refinement along with flat out superb complexity on the explosively long, focused and beautifully well-balanced finish. The supporting structure is dense but fine and this should prove to be a moderately long-lived example.” BH… Read the rest

Antonio Galloni 95+ points “The estate’s 2008 Mazis-Chambertin is drop-dead gorgeous from start to finish. A dazzling, captivating bouquet melds into dark fruit, mint, flowers and sweet spices as this powerful, complex wine grows in the glass. All of the elements continue to build towards the undeniable, explosive finish. This is a hugely impressive, towering wine from Dugat-Py.”… Read the rest