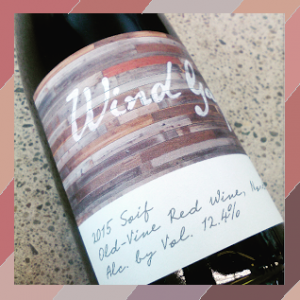 Perhaps the most subtle of Wind Gap’s current offerings and yet the most captivating. ‘Soif’ is mostly Mourvèdre sourced from the Bedrock vineyard along with smaller quantities of Petit Sirah, Zinfandel, and Carignan. Carbonic Maceration in cement tanks makes for a lively, playful presence on the palate; black fruits and licorice meld into red flowers and cherry-tinged elements. Served with a touch of a chill and make all the neighboring picnics uber-jealous. A great buy.

Antonio Galloni 90-92 points “The 2015 Old Vine Red Soif is a bit darker and richer than the 2014 tasted alongside it, but it captures the same energy and vibrancy.… Read the rest