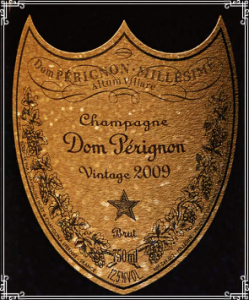 Just in time for New Year’s we’re bringing in a limited supply of six-packs of the Dom Perignon 2009 and offering it to you at an incredible deal.

Case-6 Dom Perignon Millesime Brut, Champagne 2009 750ML ($999.95) Buy Now: $769 pre-arrival special (that’s only $128.17/bottle!)
Case-3 Dom Perignon Millesime Brut, Champagne 2009 750ML ($499.95) Buy Now: $399 pre-arrival special (that’s only $133/bottle!)
James Suckling 97 points “This is a DP that shows the ripeness of the 2009 vintage yet remains full of energy. Gorgeous aromas of cream, apple, mango, honeysuckle, and chalk follow through to a full body and super fine, tight texture. Dense and agile. Vinous. It’s like a top grand cru white Burgundy. Think Batard-Montrachet. More depth than the 2006. Drink now.”
Decanter 96 points “Unbroken sun through August and early September helped to shape an idyllic harvest, on 12th September. Superb maturity of fruit in flawless health has produced a wine with wafting scents of both fresh and confit of spiced lemon and wild cherry. Despite the heat, the wine has freshness, vitality and length. Still a youngster, this will grow greatly by 2019. A more stylish son of the ’03, and cousin of the slender and charming ’06. Disgorged June 2016.”
Antonio Galloni 94+ points “The 2009 Dom Pérignon is a gorgeous, totally seductive Champagne that will drink well right out of the gate. Medium in body and unusually open-knit at this stage, the 2009 is one of the most accessible young Dom Pérignons I can remember tasting. It is an excellent choice to drink while waiting for the release of the stellar 2008 and some recent vintages that remain very young, including the 2006. Despite the warm, ripe personality of the 2009 Dom Pérignon is quite gracious, but there is plenty of depth underpinning the fruit. With each successive tasting, the 2009 seems to have gained more power and breadth, especially on the finish. Above all else, the 2009 is decidedly restrained for a warm, radiant vintage. It is not as overtly flamboyant as the 2002 nor as phenolically intense as years like 2003 and 2006. Instead, the 2009 is a beautifully balanced Champagne, with all of its elements in the right place. Tasted three times.”