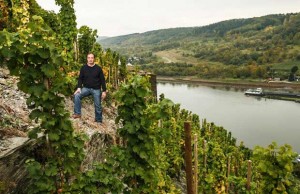 There may be no more ambitious winemaker in the world than Marcus Molitor.  His determination and drive to make the best possible wines has made him a towering figure in the Mosel, with an impressive, modern winery and holdings in almost every important vineyard in the region.  This drive also means there are a lot of different bottlings—Molitor believes that every single sub-parcel and selective pick should be vinified to its utmost potential.

This is the essence of the brilliance of Marcus Molitor.  Most winemakers would pick once or twice (or three times) in a vineyard and vinify many lots together—it’s easier and the wines are good.  Molitor, though, asks what each parcel and pick would be like on its own—treated as if it were a wine of distinction rather than a blending component.  This is a lot of extra work and requires time and space that most winemakers would rather not spend, but the result is a dizzying number of bottlings that all strive toward perfection.

The critical praise backs this up—Marcus Molitor’s wines are some of the most lauded in the world. Whether white capsule (dry), green capsule (off-dry), or gold capsule (fruity to nobly sweet), he manages to produce wines that captivate and astound.  2016 is among the best vintages he’s produced—possibly better across the board than the lauded 15’s.  They arrive in September and last year most of the top wines sold out before they arrived. We expect the same this year so just click here to see a list of all the wines on the way.